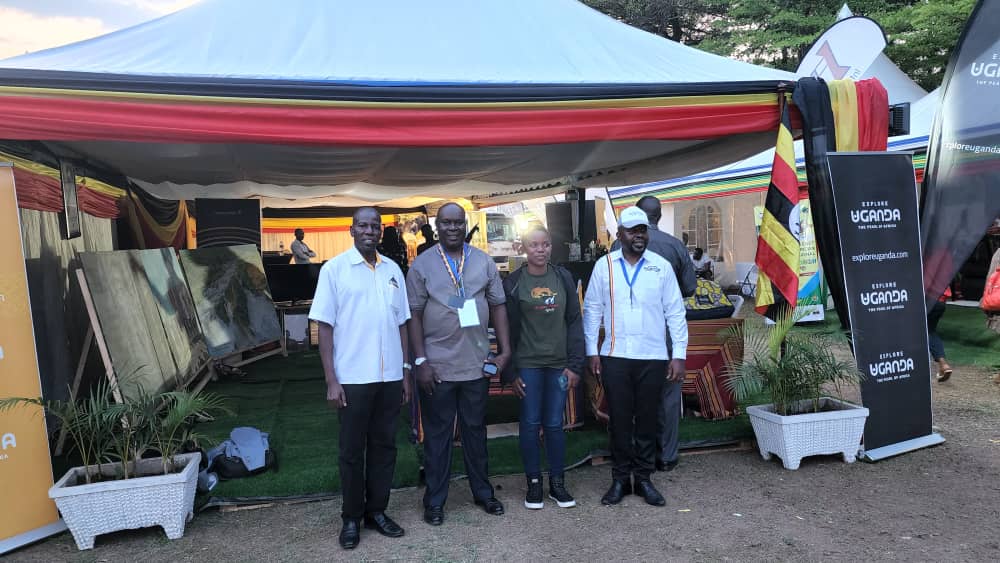 Kampala - Uganda took part in the second East African Tourism Expo (EARTE) that happened between 23rd to 29th, September 2022 at the Cercle Hippique de Bujumbura grounds. As stipulated in the treaty that gave rise to the community, the exhibition brought together tourism organizations, private sector and stakeholders from the seven participating East African nations of Uganda, Kenya, Tanzania, Kenya, Rwanda, South Sudan, and the Democratic Republic of the Congo.

The Expo's objectives were to promote and display East Africa as a distinctive travel destination, raising traveler awareness, luring Business to Business agreements, fostering rapid networking and conducting research, monitoring and evaluation. At the East African Tourism Expo, Uganda Tourism Board (UTB) was represented with a team lead by Board member Eddy Kirya together with David Edyelu, Martin Bogere UTB staff and other officials at the Uganda embassy in Burundi. The marketed destination Uganda partners that included the private sector and Uganda Wildlife Authority. The team show cased Uganda’s unique tourism products ranging from wildlife and safaris to investment prospects in the tourism industry as well as culture, conservation and sustainable tourism practices.

UTB board member Eddy Kirya noted that "The Expo presented a unique opportunity for UTB to strategically position and sell the country's unique tourism products and services as a source market to stakeholders and participants at the exhibition from across the region. We are optimistic to tap into a lot of tourism prospects and investment through this expo that encourages tourism growth and development in Uganda."

Last year, UTB participated in the first EAC Regional Tourism Expo which was organized under the EAC Secretariat hosted by United Republic of Tanzania in close association with Tanzania Tourism Board. The establishment of a Regional Tourism EXPO was arrived at by the Extra-Ordinary Meeting of the Sectoral Council on Tourism and Wildlife Management that was held on 15th July 2021. The Sectoral Council approved the establishment of a steering committee and directed the EAC Secretariat and its Partner States to undertake resource mobilization towards hosting of the EXPO. The Council also decided that the United Republic of Tanzania hosts the 1st EAC Regional Tourism EXPO in Arusha in October 2021.

In this year's expo, Uganda showcased tourism products and services to travel industry partners and potential tourists/visitors. The country is also raising awareness about destination Uganda among target markets through media interviews, networking, and lobbying. This is key in Portraying a clear and consistent messaging and brand identity for Uganda.

The team had selected activations at the Expo like the Uganda night at the embassy that showcased Uganda's tourism unique offerings to over 1 million people. At least 150 business contacts and linkages between Uganda's travel trade and the board during the expo were done. This is envisaged to give a lot of mileage for the country as a tourism destination.